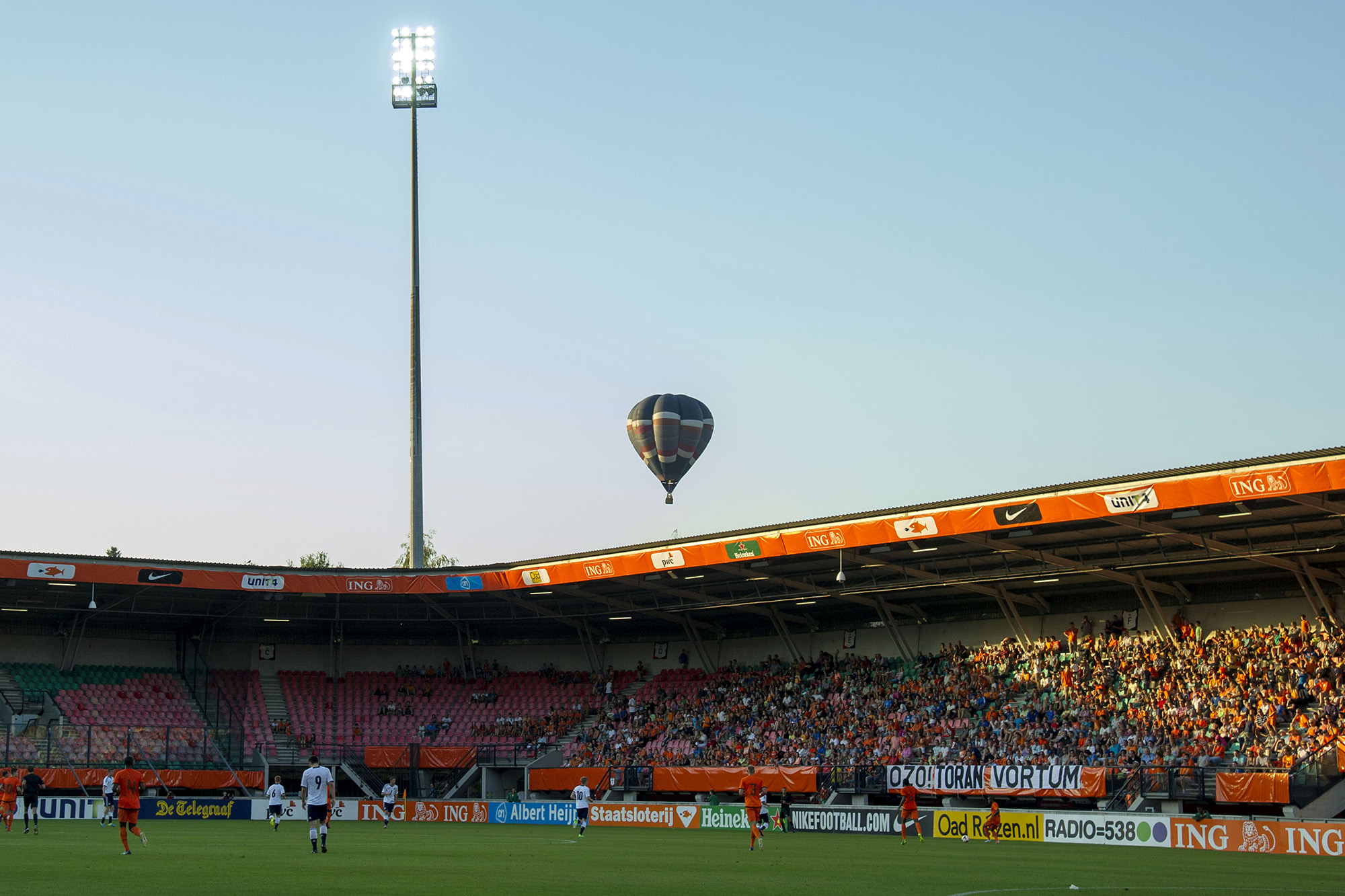 A group of visiting fans for Vitesse – a team in the Eredivisie, the highest level of soccer in the Netherlands – celebrated a 1-0 victory over NEC Nijmegen so hard that it caused a portion of the stands to collapse.

In a video that circulated on social media, Vitesse players gathered in front the visiting fans section of the Goffertstadion in Nijmegen and began jumping up and down. A large group of their supporters followed suit – and got so excited that the lower portion of the stands collapsed.

The structure of the stands didn’t fall far because of a metal container tucked beneath it, which kept the fans from falling to the ground. No one was injured, according to the NL Times, and Nijmegen Mayor Hubert Bruls said that there’s no indication that the rest of Goffert Stadium’s structure is unsafe.

The collapse was caused by “a few meters of concrete broken in half,” he said, and the 21-year-old stadium passed a safety inspection earlier in the year.

“My first concern was: casualties, injuries? Or worse,” Bruls told NOS, a news organization in the Netherlands, according to the NL Times. “After half an hour, we were sure that hadn’t happened, but this is extremely serious.”

NEC announced on Tuesday that they’ll “continue to look for an external location to finish our matches – at least for the short term” ahead of their next home game scheduled for Oct. 31.

“The most important thing for us is that a thorough investigation takes place whereby everybody’s safety in the stadium can be guaranteed in the future,” NEC spokesperson Nick van der Cammen said in a statement, according to the San Diego Tribune.

Vitesse’s victory moved the team up to sixth place in the Erediv standings with 16 points, while NEC Nijmegen sits five points behind and in 11th place.