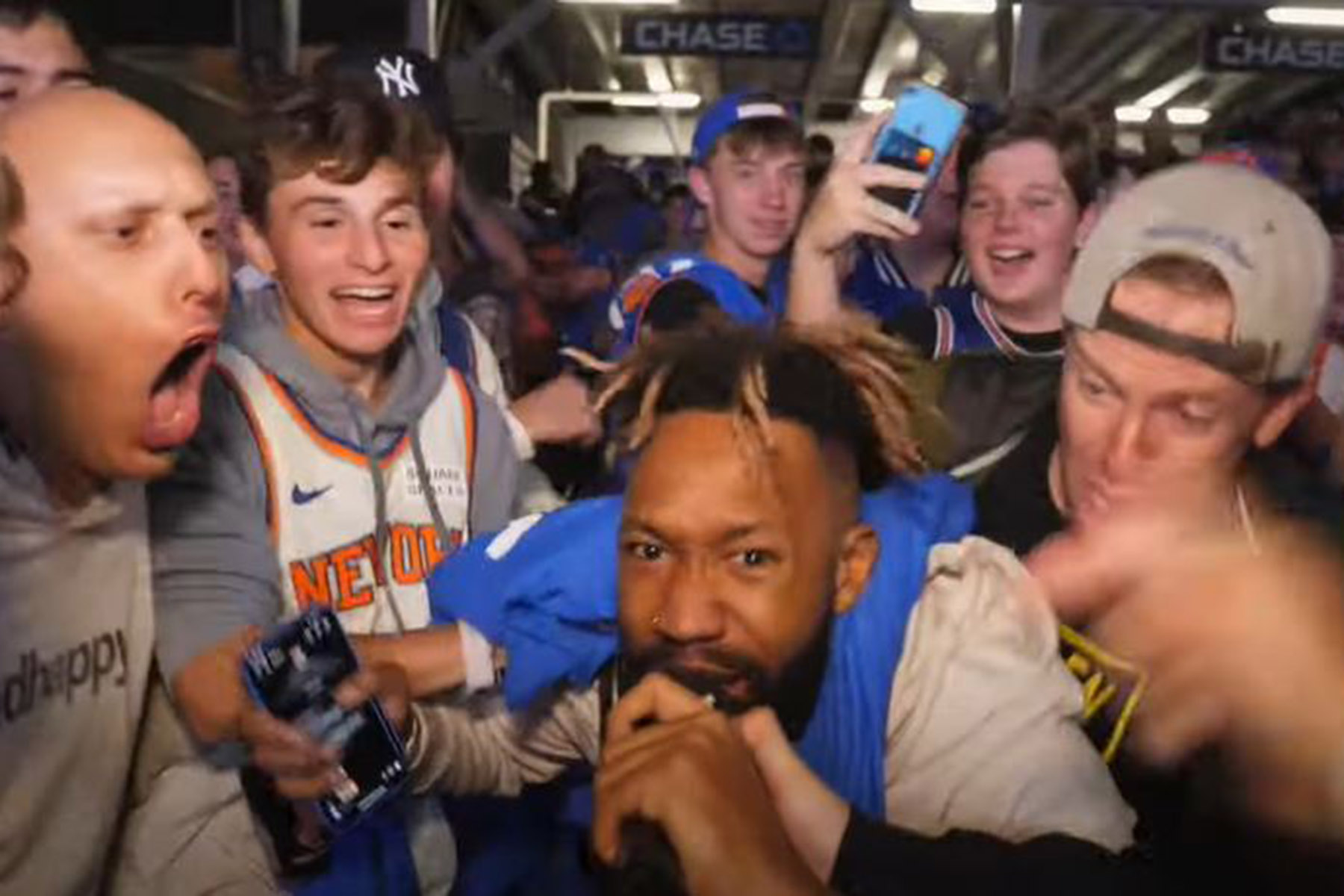 Sign up here to get Andrew Marchand’s SportsClicker delivered to your inbox each Monday morning.

Viral video: After the Knicks’ double OT opening night classic, @sidetalknyc produced a one-minute profanity laced fan reaction video. It has been viewed more than 5 million times on Twitter and more than 630,000 times on Instagram.

Who’s behind it: Two 20-year-old NYU juniors produced the videos. Trent Simonian, a film and television major from Los Angeles, and Jack Byrne, a business and entertainment major, from Long Island. They started @sidetalkNYC as freshmen, reacting to cultural events with one-minute videos.

Warning: The videos are NSFW. @sidetalknyc supplied Post Sports+ with a clean version, but the viral version contains very inappropriate content. It shows the personal nature of fans in relation to the Knicks. But the crazy, raw passion is why it has cut through.