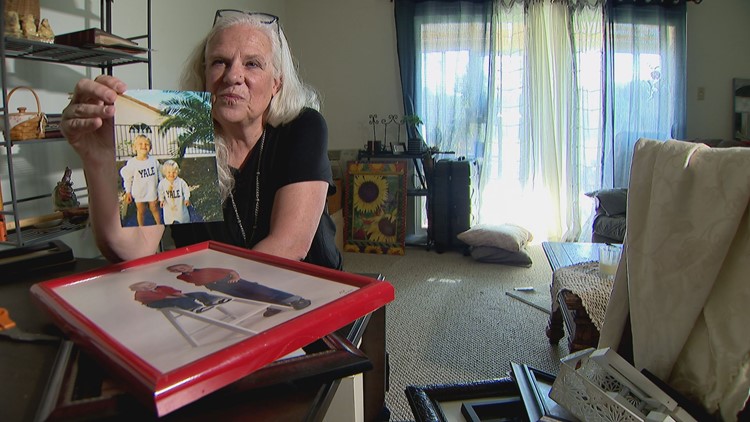 Sandy Sharp’s son is homeless, and he can’t stay with her because he hears voices that tell him to attack her.

DENVER — Sandy Sharp doesn’t know where her son will sleep on Monday night, and he can’t stay with her because he hears voices that tell him to hurt her.

It’s why Sharp recently moved to an address her son doesn’t know after he was released from jail a few weeks ago. He served time for an assault. Sharp said he attacked her with furniture.

“Drew loves me and I love him, yet I have been in the ER too many times to want to go back because his voices have told him to hurt me,” she said. “He has impulses he has not been able to control.”

She says her 28-year-old son had his first psychotic break eight years ago – since then, he’s been diagnosed with schizophrenia and bi-polar disorder and she’s seen moments of lucidity, but not since he’s been out of jail.

Sharp fights for him to come back, but that fight isn’t easy.

“So I’ve been making call after call and there’s no psych beds right now,” she said.

According to the Treatment Advocacy Center, 50 beds per 100,000 people is considered necessary to “provide minimally adequate treatment for individuals with severe mental illness.”

As of 2016, Colorado had about 10 beds per 100,000 people and Mental Health Colorado says that number hasn’t gone much higher in recent years.

RELATED: State freezes admission to psychiatric hospitals for patients who are not in the criminal justice system

“They’ll put money over here and they’ll start a group,” said Sharp. “But it doesn’t have required outcomes such as increased beds or increased money to go towards medicine.”

Sharp is frustrated, but she will continue to fight.

“As a mom, I don’t think we can ever give up that hope that something will happen,” she said. “That a miracle will happen and he will get the treatment that he needs and be stabilized and be Drew again.”

Colorado does plan to allocate $550 million of the funds received from the American Rescue Plan toward mental and behavioral health. Mental Health Colorado is proposing $165 million of that go toward beds. A legislative committee will vote on recommendations.